Generating edited monoclonal cell lines has become the first, and often the most important, step in therapeutic discovery pipelines. From editing to clonal expansion, cell line development is a laborious and expensive endeavor that can often be a rate-limiting step in bringing new therapeutics to market. One of the most common ways of generating clonal cell lines is limiting dilution of bulk populations into multi-well plates. While this is a widely accepted method, it is highly inefficient and both cost and time-consuming because most wells will not contain a single cell and often cell viability is impacted. With the cell line development (CLD) market projected to reach more than 11.2 billion dollars by 2027 (Globe News Wire), developing automated tools to improve the efficiency and accuracy of CLD workflows is a critical component of the projected market expansion.

To overcome the inefficiency of the traditional limiting dilution approach to CLD, automated technologies have been developed to solve the two key challenges of cloning edited cell lines 1) accurately selecting the subpopulation of cells that have been successfully edited, and 2) ensuring monoclonality for clonal expansion. Droplet dispensers distribute the bulk population of edited cells more accurately, ensuring the likelihood of a single cell being delivered to each well of a multi-well plate.  While these devices offer an improvement over limiting dilution in the statistical distribution of cells, cells may not be selected for phenotypic or morphologic characteristics, which necessitates screening of thousands of cells post-plating to determine which wells have an edited cell or clone. Fluorescence-activated cell sorting, or FACS, offers high throughput screening and sorting of populations based on cell surface protein expression and is commonly combined with single cell dispensing technologies to achieve selection and monoclonal assurance in automated platforms for cell line development workflows. While these technologies are generally robust in their ability to sort populations and deliver single cells to multi-well plates, they come with a few key drawbacks in their overall utility including:

1) cell viability and integrity are compromised

This graphic is an overview of the cell line development workflow.  The stages that involve cellular manipulation and cloning, steps 2 and 3, are the most time and laborious stages in the process.

Sorting Out the Impact of FACS on Cell Health and Integrity

Cell sorting and dispensing are commonly employed for cloning workflows because they offer an automated approach that exceeds the efficiency of manual limiting dilution techniques. However, it is widely accepted that one of the greatest drawbacks of using these instruments is the negative impact on cell viability and reduced single cell cloning efficiency. There are several factors that contribute to poor outgrowth and cell survival, including shear forces, high microfluidic pressure, electric charge, non-physiologic media, and lack of temperature control throughout the process. These factors, paired with the length of time in suspension, can cause a reduction of 50%, or more in the post-sort viability (Kite Pharma Poster_Accelerating-Generation-of-Single-Cell-Clones). This directly impacts the number of potentially available cells to be plated and can also translate to poor outgrowth of cells that survive the “journey” through the microfluidic sorting process. In addition to reduced viability, cell sorting can also alter the integrity of cells.  One study showed that FACS induced oxidative stress in cells and caused a 50% increase in reactive oxygen species (Llufrio et al. 2018). Therefore, impacts on cell integrity and cell survival, compared to native states must also be considered before employing FACS for quantitative assessments, such as metabolomics.

Other Disadvantages to using FACS

In addition to considerations of cell health, there are several other rate limiting disadvantages to sorting instruments. Many sorters are complex in both their operation (preparation of samples, instrument controls, and proper gating to isolate the population of interest) and maintenance (start-up and shut-down procedures, and maintenance), which requires highly trained, designated staff for operation.  In addition, protocols are lengthy, and each experiment must be optimized for parameters, such as gating and flow rate, which can monopolize the instrument for extended periods of time. There are also experimental constraints, such as limited sample input or rare cell detection, where the required population input is unachievable, or the sorting doesn’t provide adequate recovery rates that prevent FACS from being a technical option. In addition, FACS fails to provide workable sorting for several cellular models such as iPSCs and primary cells, due to their increased sensitivity to the harsh manipulations of fluidic-based sorting, and multicellular models, such as organoids.

Despite all these limitations, FACS remains the most employed solution for automating single cell and CLD workflows, and most instruments that have entered the marketplace continue to rely on fluidics-based mechanisms. So, is there an alternative for scientists struggling to make clones needed to advance their science?

The CellRaft AIR System provides an efficient, automated, and user-friendly solution to manual limiting dilution methods and overcomes many of the shortcomings of FACS instruments including:

Track and trace capability and improved clonal outgrowth are two of the key challenges the CellRaft AIR technology overcomes.

An independent study, using both suspension and adherent cell lines, compared the CellRaft AIR System to multiple FACS instruments and limiting dilution using metrics such as cell viability, clone forming efficiency, time for colony expansion, and ease of use, including start-up and shut-down time, maintenance, and technical expertise (Kite Pharma Poster_Accelerating-Generation-of-Single-Cell-Clones). Overall, the CellRaft AIR system was reported to provide substantially more viable clones and reduced the time from single cells to colony outgrowth.  A seminal benefit of the CellRaft AIR system is the ability to generate a complete time-based image record for each clone, from single cell to small colony.  This imaging data can be used to confirm monoclonality, as well as select for cellular phenotype in the cells or clones, a feature not supported by FACS.  These benefits, paired with no start-up or shut-down procedures, user-friendly workflows and analysis tools, and rapid imaging and isolation shortened the timeline and improved efficiency of their CLD workflows.

Automated instrumentation for improving CLD workflows is paramount to the trajectory of research and therapeutic discovery pipelines. While FACS has been the predominant technology in CLD, there are several drawbacks and limitations that the CellRaft technology overcomes. In a head-to-head comparison with several FACS instruments, this independent study highlights the versatility, efficiency, and user-friendliness of the CellRaft technology. Incorporating the CellRaft AIR system into cell engineering workflows offers unique advantages to alternate technologies that can improve efficiency and reliability of cell line development workflows, ultimately leading to faster therapeutic discovery. 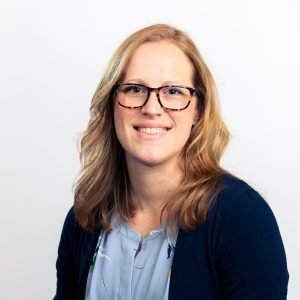 Allysa Stern, Ph.D.
Scientist II at Cell Microsystems
Dr. Stern obtained a Ph.D. and Master of Science in Physiology from North Carolina State University and a Bachelor of Science in Animal Science. Her background is in comparative physiology, with a concentration in cell biology and developing 2D and 3D in vitro models for drug and toxicological studies. Dr. Stern is currently a scientist on the Product Applications team at Cell Microsystems where she focuses on developing novel 2D and 3D cellular workflows using the CellRaft Technology and provides customer training and support for 3D workflows using the CellRaft AIR System.