Gene editing workflows require transformation of a large number of cells, followed by isolation of individual cells from the larger population to establish clonal colonies. Given the large number of gene edits required for contemporary research and the labor-intensive components of the workflow, there is an unmet need to automate post-transformation cloning. Here we present data and protocols describing the CellRaft AIR™ System as a fully automated cloning platform. Using an imaging-based sorting modality, single cells can be monitored for transformation-positive phenotypes as well as their retention of clonality as colonies begin to grow. Using the protocols described here, we also provide evidence of improved cell viability with relatively robust HEK293 cells showing a nearly 3-fold improvement in viability. Other laboratories have shown even more dramatic improvements in viability for more sensitive cells such as human embryonic stem cells (hESCs) and induced pluripotent stem cells (iPSCs). Finally, the system generates clonal colonies in 4-5 days, a significant improvement over the months required in more traditional workflows.

This RaftNote is intended to serve as general guidance to users of non-adherent cell types and to provide protocols for users to independently evaluate their specific non-adherent cells and other workflow steps on the CellRaft Technology. Research involving non-adherent cells such as lymphocytes and other primary blood cells is immensely important for applications including drug discovery, cell therapy, and immunology. Non-adherent cells are also of interest in understanding the activity of the Cas9 nuclease, as transfection of these cells is highly variable and inefficient. To enable the use of the CytoSort Array with non-adherent cell lines, we investigated seven common surface coatings and developed recommended protocols. Each coating was tested for the percentage of cells that remained adherent after vigorous rinsing of the array and release and transfer operations into a 96 well plate on the AIR™ System. While different coatings exhibited variation in cell retention with different cell lines, none of the surface coatings had a significant effect on CellRaft collection efficiency.

Single cell genomic analysis has already impacted a range of life science fields, including tumor clonality, neuronal mosaicism, and drug resistance mechanisms.  These methods rely  on access to relatively fresh samples, ensuring that a maximum amount of high quality nucleic acid can be extracted from a given cell.  Conversely, translational research  depends on the availability of human samples which are difficult to acquire in large numbers as fresh samples. As an alternative to single cell sequencing, single nucleus sequencing (SNS) has enabled genomic analysis using the plentiful cryopreserved samples found in various biobanks and other facilities. The CellRaft Technology uniquely enables the sorting and isolation of single nuclei for downstream analysis.  Here we provide optimal methods for imaging nuclei on CytoSort Arrays, and downstream molecular biology protocols for the amplification and preparation of nucleic acid prior to sequencing.

Genome editing, particularly via CRISPR/Cas9 is a powerful method for investigating the role of a given gene in cellular physiology. The method relies on: 1) Reliable introduction (i.e. transfection) of genetic material into cells; 2) Identifying transfection-positive cells; 3) Selecting clones capable of growth and 4) Propagating colonies for analysis of genome edits and downstream functional assays. Here, we present optimized methods using the Cell Microsystems CytoSort Array, a microwell array with releasable single cell isolation features called CellRafts. Using the CytoSort Array, combined with the manual CellRaft System for use with inverted microscopes, we have developed a protocol which represents a more rapid and flexible approach to post-transfection cloning compared to limiting dilution or fluorescence-assisted cell sorting (FACS).

Sorting and isolating single cells is a key sample preparation step in many contemporary workflows including genome editing by CRISPR/Cas9, single cell genomics and differentiation of induced pluripotent stem cells (IPSCs) along with a broad range of other methods. Cell Microsystems has developed the CellRaft AIR™ System to allow imaging-activated cell sorting and isolation of single living cells prior to these downstream analyses. Here, we present optimized methods for staining live cells on the Cell Microsystems CytoSort Array, a microwell array with releasable single cell isolation features called CellRafts. We also describe the use of the automated, bench-top AIR™ System for imaging and isolating vital dye-stained single cells using the CellRaft Technology. 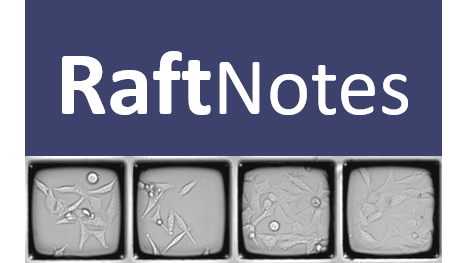 RaftNotes are applications and protocols for use with the CellRaft Technology.  They cover materials and methods, tips, tricks, examples, and unique array formats that help our users achieve their best research results.

This website uses cookies to improve your experience. We'll assume you're ok with this, but you can opt-out if you wish.