Simple workflow for a novel technology

Organoids are a new and powerful technology being used by several industries: from drug discovery and toxicology studies to personalized medicine research.  These 3D structures are advancing the way researchers visualize and study disease. 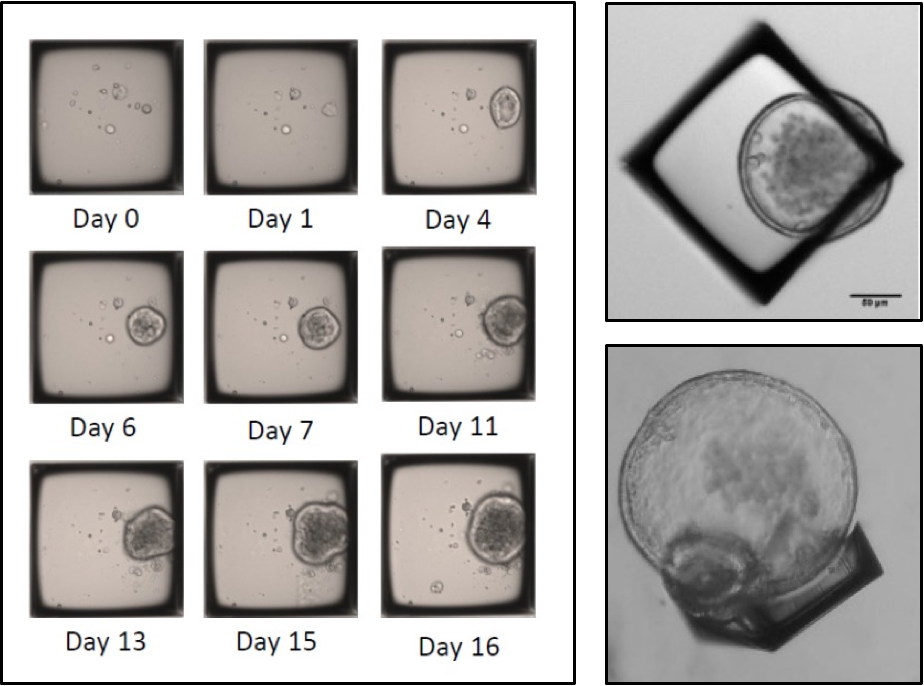 Cradle your organoids with the CellRaft AIR System, don’t destroy them in a FACS or pipette to characterize. The gentle release mechanism allows the movement of organoids to an expansion dish without ruining your creation.

The CellRaft AIR System reduces the number of manipulations and perturbations to cells, making a previously laborious and time-intensive process easier.

To begin organoid development from a single cell, plate progenitor stem cells in the CytoSort® array similarly to plating a standard culture dish.  The user can then replace the standard cell culture media with the 3D culture gel their organoid requires for growth.  With the CellRaft AIR System, cells share a common culture media, allowing them to continue to signal each other and share kinases and growth factors. This encourages organoid viability and continued growth.

The array is placed in the AIR Imaging platform to limit disturbances and allow the user to track development and growth rates.  Complete records of each cell is kept and accessible to the user during organoid growth.  Imaging also allows the user to track the effects of different cell types on organoid development, i.e, co-culturing stem cells with niche cells.

Cells are visualized on Day 0, with 3D structures typically by Day 4.  Organoids can be grown on the CytoSort Array for up to 16 days.  Once the desired size is reached, organoids are gently released from the CytoSort array intact, and moved to a final collection plate for further growth and downstream analysis.

Connect with our sales team for product information.