Generate phenotypically-verified single cell-derived clonal colonies in 72 hours. Identify target cells on Day 0, then track their growth and phenotypes through the cloning and sorting process.  With just 15 minutes of hands-on time, and four times the number of clones compared to traditional methods.

The CellRaft AIR System eliminates the need for trypsin, fluidics, or limiting  dilutions, while getting more clonal colonies. Get increased cell viability using fewer consumables and media than competitors. 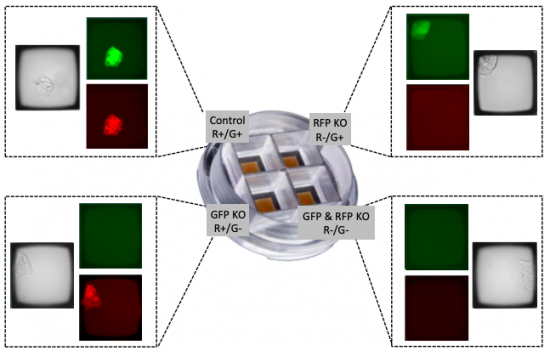 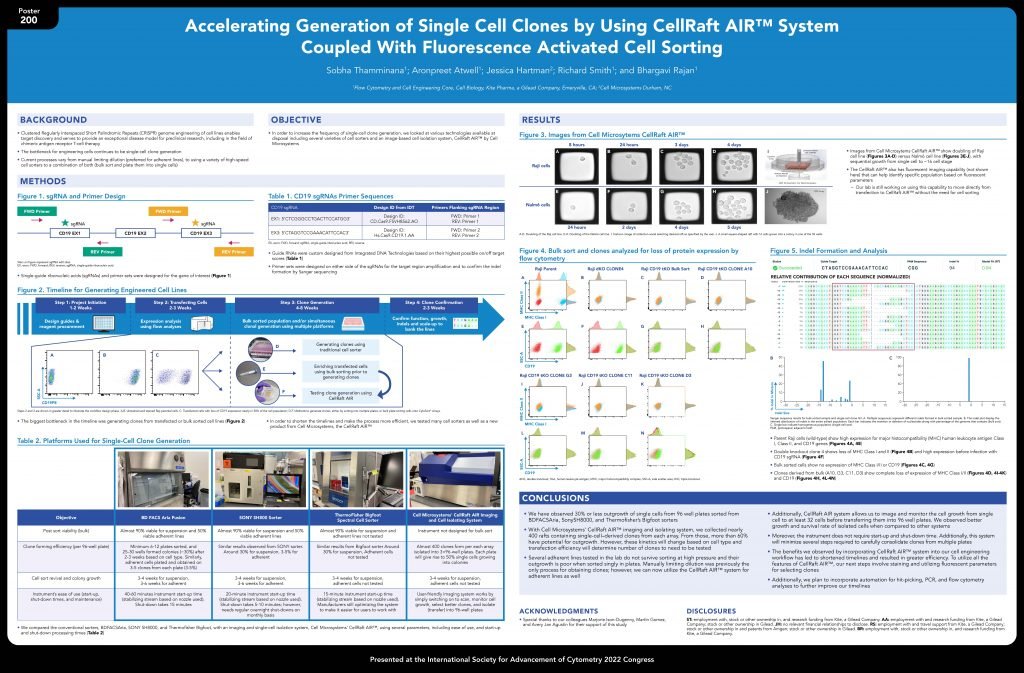 A comparison of technologies

The process of cellular cloning and sorting is a major bottleneck in the CRISPR/Cas workflow.  The imaging capabilities of the CellRaft AIR® System reduces this bottleneck by providing the user with Day 0 scans to visually connect CRISPR edits to desired phenotype expression at the single cell level.  The user can identify clones of interest and confirm that clonal colony propagation began from a single cell.

After cells are introduced to the Cas enzyme and guide RNAs, they are immediately plated on a CellRaft® Array, eliminating the need for trypsin, scraping, high pressure fluidics, and limiting dilution.  The array is scanned and imaged, allowing the user to easily identify which cells to target and track through the initial colony growth phase.

When colonies have reached the desired size and density, the colony CellRaft is released, collected, and transferred to an expansion culture plate for downstream analysis.

Request a Quote
Request a Demo 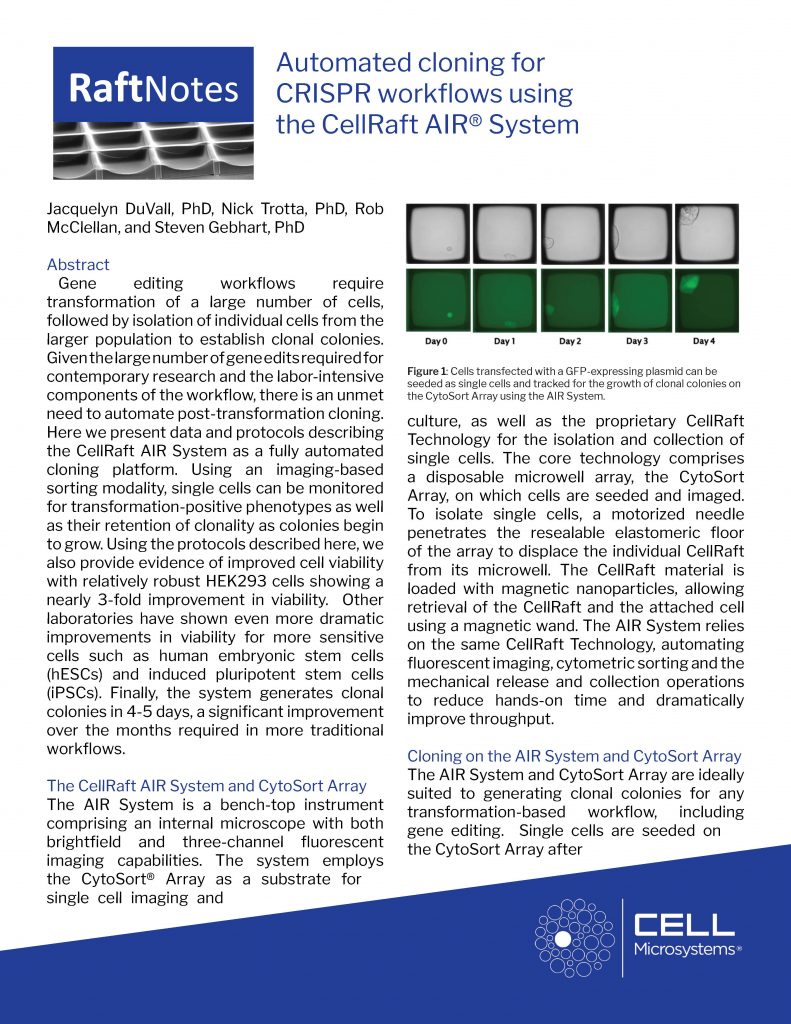 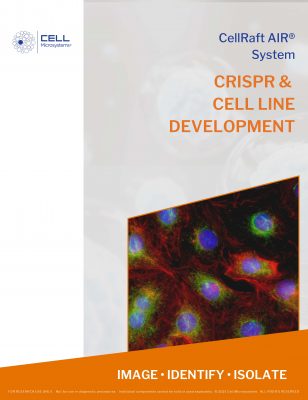 Connect with our sales team for product information.